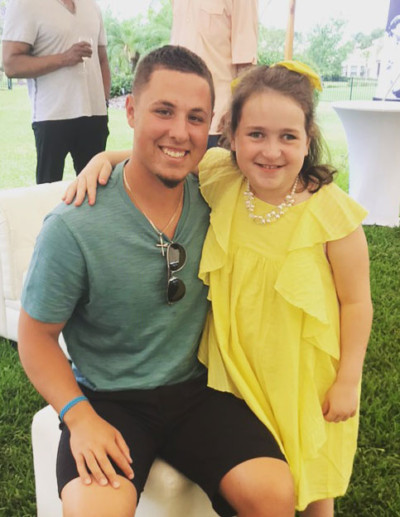 Meet Millie. She is amazing. Her grandma wrote this: “On July 1, 2013, it was the day that turned into every parent’s and grandparent’s nightmare. Doctor’s discovered that Millie had a genetic disease, Neurofibromatosis, that caused her Optic Pathway/ Hypothalamic Tumor in her brain, causing her to lose some eye sight and experience vision problems. After 4 years of fighting, we feel fortunate that the genetic results from her biopsy allowed her to start a targeted treatment for a specific mutation. Millie’s tumor has shrunk a centimeter on all sides since October 2017.”

Millie endured chemotherapy for 4 straight years, vision problems, and a brain biopsy. Millie’s grandmother retired from school teaching after 35 years in order to help Millie and her long journey with cancer. Millie’s grandmother is incredible and she does an outstanding job supporting Millie and the family in this tough time with cancer. Millie also has a dog named “Miracles” that she loves. Check out here story about how God gave her “Miracle”. She never complains and always has a smile on her face. The Jake Taraska Foundation helped by sending her a care package, making a personalized blanket for her, and are a support system for Millie and the family. Jake and Millie are very good friends. 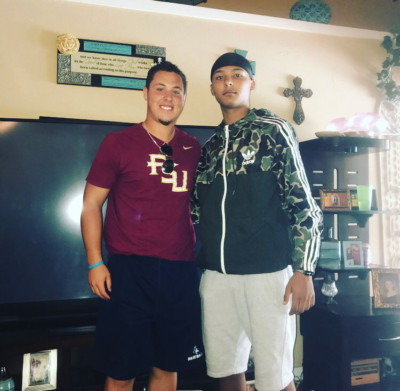 D’Ante was introduced to the Jake Taraska Foundation by the owner of Prospect Wire, Matt Bomesial. D’Ante is about to be a junior in high school and has high aspirations of becoming a college baseball player and eventually a Major League Baseball player. D’Ante was getting college looks from big time D1 schools and a lot of people around the game of baseball say that D’Ante is extremely talented and has the potential to be a star ballplayer. However, his baseball success and his college recruiting process had to be put on hold. In January of 2018, D’Ante got diagnosed with cancer and later became 3 different types of cancer. He had to go through chemotherapy in order to cure his cancer. This was a very hard time for D’Ante because it was right before his baseball season, which was a perfect opportunity to showcase his talents to the college baseball coaches. D’Ante couldn’t play baseball for over 6 months and on July 26, 2018, D’Ante became cancer free.

Below is a picture of when I went to go watch D’Ante play in his first game since becoming cancer free. As soon as the doctor’s cleared him, he played right away. In his first at-bat since December, he had a 2 rbi single to help his team win that game. It was a very emotional and cool experience to watch.

D’Ante has an incredible family and incredible parents who do everything they can to support D’Ante throughout his cancer and his baseball career. The Jake Taraska Foundation gave D’Ante a small care package, a FSU blanket, and a bible. Jake and D’Ante are very close and they are both baseball players aspiring to make it to professional baseball. 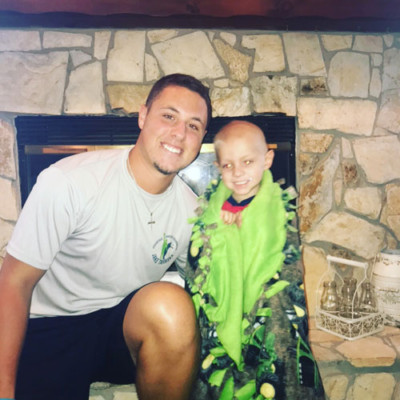 Clayton is battling stage 4 neuroblastoma. Due to the cancer implications, Clayton lost part of his eyesight in both eyes and we hope he can regain his eyesight soon. During my first visit with Clayton, JTF made Clayton a truck blanket and helped the family out with Clayton and his journey with cancer. The second visit the Jake Taraska Foundation made was when we surprised Clayton with a new electric truck for Clayton to ride around in his backyard!

She is now 12 years old.  Jake met Marissa when he was 15 at the Dick Vitale telethon in Sarasota, Florida. At the telethon, Dick Vitale shared Marissa’s story and Marissa sang a Taylor Swift song in front of everyone. Marissa is an incredible singer. She has a song on itunes called “The Music” and she uses all of her money from that song to raise money for pediatric cancer research. Not only does she have her own song, but she recently became the first official national anthem singer for the Tampa Bay Rowdies soccer team.

Marissa was diagnosed with Acute Lymphoblastic Leukemia at the age of 8 years old. Marissa was treated by chemotherapy. She battled cancer for a little over 2 years and now she is doing an incredible job sharing her story and helping others in their battle with cancer. 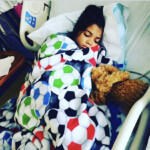 Jake met Jayden in 2018 when he was battling cancer. Jayden was diagnosed with osteosarcoma, which is a very rare form of cancer. Jayden had gone through 3 surgeries on his leg and has had gone through multiple rounds of chemotherapy. Jayden was an incredible soccer player. However, his surgeon told Jayden that he would never be able to play soccer again due to the leg surgeries that he endured. The Jake Taraska Foundation sent him a care package, made him a soccer blanket, and Jake became friends with Jayden over those months. Jayden became cancer free in late 2018 and got to ring the bell at All Children’s Hospital in St. Pete. Unfortunately, Jayden’s cancer came back in early 2019 and Jayden did not make it. Jayden passed away in 2019. The Jake Taraska Foundation wants to continue to fight for kids like Jayden and we need your help so we can bring smiles to these kids who don’t deserve to go through cancer. 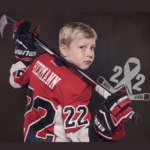 Weston is 14 years old and is a very good hockey player. Weston is starting another 52-week straight chemotherapy program starting August, 2020. At the age of 14, he has already completed 4 treatment plans after already having 2 brain surgeries and 16 months of chemotherapy. Weston has spent over half his life battling cancer and is continuing to fight this dreadful disease. Weston is fighting everyday to maintain a positive attitude and to help other people in his position. Jake has become very close friends with Weston over the years and he will continue to help him in any ways that Weston needs it. The Jake Taraska Foundation gave Weston a handmade Tampa Bay Lightning cornhole board, a care package, and handmade blankets to comfort Weston in the hospitals.