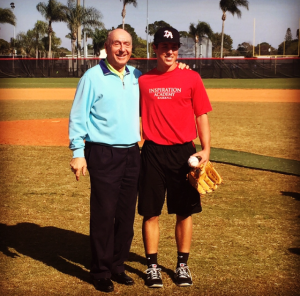 During my mission to find a cure for pediatric cancer, I recently hosted a fundraiser where I raised $10,210. I hosted a 22 inning baseball game at my high school, the Inspiration Academy. I made the game 22 innings because the V Foundation has been established since 1993, which is 22 years. To raise money, I made each kid fill out a pledge form where they would donate a certain amount of money for every inning played. I also had silent auctions around the field where people could make donations. I raised about $5,000 dollars during this fundraiser. The rest of the money I raised was a fundraising page where any one can make a donation. That’s how I raised a little over $10,000.